In January 2009, the newly elected board of the AIC took office. The President Carlo Mealli (chair of the XX IUCr congress, Florence 2005) and eight councillors, including the past-president Roberta Oberti, will be in charge until 2011.

The success of the XX IUCr congress has had a significant impact on the Italian crystallographic community, producing great enthusiasm for new initiatives. Schools, workshops and meetings are now organized in a broader international framework. In 2007, the Italian National Congress became the first meeting of the Italian and Spanish Crystallographic Associations (MISCA). The event was preceded by a jointly organised school on protein crystallography and the second MISCA is scheduled in Spain next year. Among other initiatives in 2006, an IUCr school in basic crystallography was held in Pontignano Tuscany, and an AIC school on polycrystalline materials was organized in Martinafranca (near Bari). In this place, also a school on charge density. Another AIC school on polycrystalline materials was held in cooperation with the Swiss Crystallographic Assn. at the Paul Scherrer Inst. in Villigen (CH) and it will become a regular biennial event. This year, reviving a 30-year-old tradition, a school on scattering techniques featuring an international teaching staff will be held at the U. of Camerino (August 30-September 4, 2009: http://web.unipmn.it/~chimfis/AICS2009/). A thriving AIC subgroup on crystal growth is planning an international school on ‘Adsorption, Absorption and Crystal Growth’ in Gargnano near Brescia in 2010. International workshops on crystallographic methods are regularly organized in Bari by Carmelo Giacovazzo and his group. The most recent, PHARE 2009, attracted 90 participants. But the jewel in the crown of international crystallographic education remains the Erice schools that have been organized by Lodovico Riva and Paola Spadon for the past 35 years.

To celebrate the 40th anniversary of the association in 2007, a gold medal was coined to honor the memory of the former president and founder, Mario Mammi. The Mammi prize will be awarded every other year to a leading scientist under the age of 60, who has achieved outstanding results in the field of crystallography while working in Italy. The recipient of the first ‘Mammi’ medal was Giuseppe Zanotti (U. of Padova) for contributions in bio-crystallography. This year, an international jury has just awarded the prize to Giovanni Luca Cascarano (CNR-IC, Bari) for his seminal contribution to the design of new methodologies for the solution of the structures of biological macromolecules.

Other AIC prizes are the Mario Nardelli medal (former president of both the AIC and IUCr), that is annually awarded to a crystallographer under 36 years of age, and a diploma for the best university thesis in crystallography. This year’s winners are Nicola Casati and Illio Miccoli, respectively, and all the prizes will be awarded during the AIC Congress in Salerno (September 20-23, 2009; http://www.cirpeb.unina.it/aic2009/intro.html), that is jointly organized by the Universities of Salerno and Napoli with a special focus on the crystallography of polymers. Pioneering work in the field was carried out in this region by Paolo Corradini. All the classical topics of crystallography will be covered. The Italian community is proud to announce that IUCr president Sine Larsen is among the invited speakers 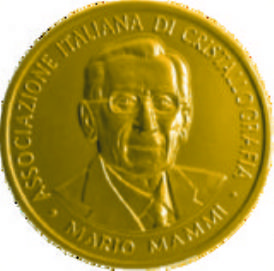 Finally, in September 2011, the Italian National Council of Research (CNR) will host the General Assembly of the International Council of Science (ICSU) that joins 27 Scientific Unions. In conjunction with this meeting, the AIC has been asked to organize a one-day scientific symposium. Topics of social interest (health, environment, innovative materials and more) shall be discussed by renowned speakers, including Nobel laureates. The fundamental role played by crystallography in modern science and the active presence of the IUCr within ICSU will be highlighted. 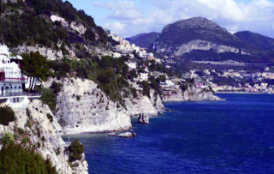 Near Salerno, venue of the AIC national congress (September, 2009)

Details (in Italian and English) of all AIC activities including the history and programs of the Association and individual members can be found at the new website (www.cristallografia.org).

Manage Cookie Consent
To provide the best experiences, we use technologies such as cookies to store and / or access device information. Consent to these technologies will allow us to process data such as browsing behavior or unique IDs on this site. Not consenting or withdrawing consent may adversely affect some features and functions.
Manage options Manage services Manage vendors Read more about these purposes
View preferences
{title} {title} {title}