1. The initiative for holding regularly the Italian-Yugoslav Crystallographic Conferences (IYCC) was put forward by Giuseppe Allegra (at that time professor at the University of Trieste) and Italian Crystallographic Association (ICA). During the 7th Conference of the Yugoslav Crystallographic Centre (YCC) held on 19th and 20th October 1972 in Novi Sad (Vojvodina) representatives of Italian Crystallographic Association were invited to be the guests of this meeting in order to discuss possible perspectives of such joint meetings. They were professors G, Cocco (Perugia), at that time President of ICA, Giuseppe Allegra (Trieste) and Mario Nardelli (Parma). The YCC was represented by professors Drago Grdenić, President and Boris Kamenar, Secretary of the YCC. At the same time G. Allegra and M. Nardelli were the invited plenary lecturers. The decision to organize the 1st IYCC Conference in Trieste was warmly supported by both sides. 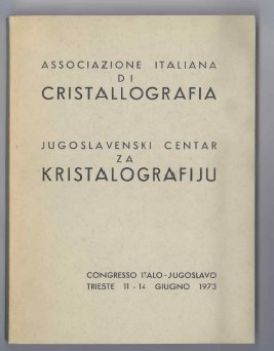 The Conference was held from 11th to 14th June 1973 with the audience of about 200 participants presenting 70 scientific communications. The plenary lecturers were given by Drago Grdenić, Zagreb (Crystal Chemistry of Mercury), V. M. Coiro et al., Roma (Semi-empirical Potential Functions in Crystal Structures Determination), Giovanni Andreetti, Parma (A Fast Procedure for Phase Determination. Centrosymmetrical Space Groups) and Biserka Kojić-Prodić, Zagreb (The Crystal Structures of Heavy Metal Phosphates). Short lecture was also given by Ljubo Golič, Ljubljana (About Some Structures with Short Hydrogen Bonds).

2. During the 10th Conference of YCC held from 5th to 7th June 1975 in Kumrovec (small place North of Zagreb) President of ICA Alessandro Vaciago and Boris Kamenar (at that time Secretary of YCC) discussed thoroughly the profile and character of joint Italian and Yugoslav Conferences and agreed to proceed with triennial conferences organizing them alternately in Italy and in Yugoslavia. The Programme Committees of each Conference will be members nominated from both parties and the plenary lecturers will be crystallographers from Italy as well as from Yugoslavia. Distinguished crystallographers from the third countries will also be invited. The host organization will have to prepare the Books of Abstracts while the plenary lectures will be in extenso published by YCC in the Annual of the Yugoslav Centre of Crystallography. The official language was decided to be English. Also, it was suggested that the conferences should include some interesting social programmes. At this occasion A. Vaciago (with Aldo Domenicano, Rome) gave a plenary lecture under the title Molecular Geometry of Substituted Benzene Derivatives (A Critical Approach of Structural Results). The next 2nd Yugoslav-Italian Crystallographic Conference was held in Dubrovnik from 31st May to 3rd June 1976. About 75 participants presented 70 scientific papers. Main Conference lecture was given by Nobel Laureate Dorothy C. Hodgkin, Oxford (Growing Points and Sticking Points in X-ray Analysis). 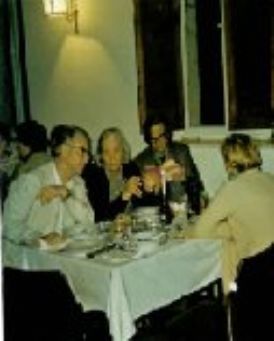 4. The 4th YICC was in Bled (Slovenia) from 31st May to 3rd June 1982. There were again about 150 participants with 71 communications (devided into six thematic groups) presented by the rapporteurs and at the poster sessions. The plenary lectures were given by Robert F. Stewart, Pittsburgh, PA, USA (Mapping Electrostatic Potentials from Diffraction Data), T. Neil M. Waters, Auckland, New Zealand (Molecular Detail from Crystallographic analyses – Some Observations on Coordination Complexes of Copper), Gastone Gilli, Ferrara (The Role of Structural Chemistry in Molecular Pharmacology), Boris Matković, Zagreb (Doped Dicalcium Silicates), Giuliano Fagherazzi , Venezia (X-ray Methods and Investigations of Glass-ceramic Fibers) and Zvonimir Maksić, Zagreb (Geometry of Molecules in the Light of Modern Quantum Chemistry). Short lectures were also given by Werner Nowacki, Bern, Switzerland (On the Crystal Chemistry of Natural and Synthetic Sulfosalts), Joyce M. Waters, Auckland, New Zealand (Structural Chemistry of Osmium Carbyne and Related Complexes) and by A. Santoro, Washington, DC, USA (New Developments in Neutron Powder Profile Analysis).

5, The 5th Conference was in Padova from 3rd to 6th June 1986. The rapporteur system was replaced by short individual oral (22) and poster (72) presentations. 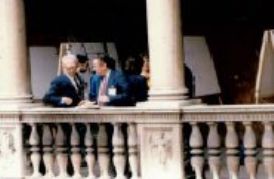 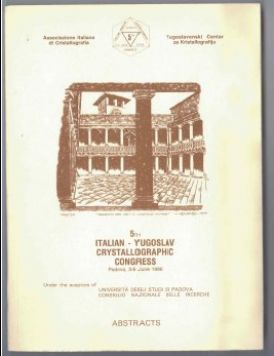 6. The 6th Conference was the last one and was held in Pu